Share a memory
Obituary & Services
Tribute Wall
Read more about the life story of Dustin and share your memory.

Dustin L. Herbold, age 47, of Kingsley, passed away on Thursday, January 05, 2023.  A funeral service will be held on Tuesday, January 10, 2023 at 10:00 AM at the St. John Lutheran Church of Cushing with the Pastor Lynn Dau officiating.  Burial will be at the Cushing Cemetery of Cushing.  A visitation will be held on Monday, January 09, 2023 from 5:00 PM - 7:00 PM with a prayer service at 7:00 PM at the Nicklas D. Jensen Funeral Home of Moville. In lieu of flowers please direct memorials to the family.

Dustin “Dusty” Lane Herbold entered into the arms of his shepherd, Jesus on January 5th, 2023 in the family barn with his wife by his side. Dusty was born July 13, 1975 in Sioux City, Iowa to Jerry and Lea Herbold. He graduated from Kingsley Pierson High School in 1993 where he was involved in baseball, wrestling and football. He especially excelled in baseball and was the starting catcher for Iowa Central College. Dusty simply had a passion for sports.

Dusty was united in marriage to the love of his life, Jody Lynn Still on June 19, 1999. They were blessed in this union with two beautiful children, Colton Lane “Goose” and McKenna Mae “Toots”. His wife and kids were his whole life. Dusty worked at Wilson Trailer since 1994 where he began his career in the engineering department and then advancing into the IT department. He was an example of employee loyalty and working the way up the ladder.

He dearly loved coaching his son Goose in baseball and football, especially the Siouxland Stars Team. He shared his love of catching with his son and helped make him a star catcher. Dusty was known to always be there for his players and never stopped giving them tips on how to improve their game. Dusty also loved watching his Toots show her goats and show lambs. He was especially proud of helping design the first Wilson pen trailer which he purchased for livestock shows. His greatest love was his wife Jody. They had their first date at the sheep show and spent hours in the goat barn together as shepherds. They loved taking livestock trips together looking for how to improve their breeding program at Herbold Show Goats. He too, was Jody’s world and supported everything she did no matter what.

Dusty enjoyed cheering on the Denver Broncos, Iowa State Cyclones and the Minnesota Twins. He was known for his one-liners and his sense of humor. Dusty always joked with a smile and there was never a dull moment when he was around. He was always willing to help anyone in need. It is simply hard to articulate how he took care of his family’s every need. He had a nickname for everyone and was known as “The Old Da” to his family. He was a devoted, loyal, and loving family man until the end.

Dusty was preceded in death by his father, Jerry Herbold and father-in-law, Dennis Still. 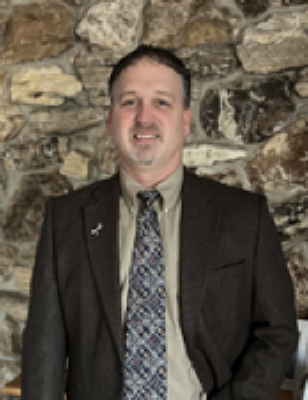