Share a memory
Obituary & Services
Tribute Wall
Read more about the life story of Joyce and share your memory.

Joyce E. Rawson, age 93, of Moville, passed away on Sunday, January 22, 2023 at the Heritage at Northern Hills of Sioux City.  A funeral service will be held on Saturday, January 28, 2023 at 10:30 AM at the United Methodist Church of Moville with the Rev. Harold E. Werley officiating.  Burial will be at the Arlington Cemetery of Moville.  A visitation will be held prior to the service starting at 10:00 AM at the church.

Joyce E. Rawson was born in Cherokee, Iowa on April 6, 1929, the daughter of Glen and Elsie (Huston) McCannon.  She graduated from Quimby High School in 1947.  After graduation she attended Iowa State Teachers College in Cedar Falls, Iowa and taught two years at Lawton, Iowa prior to her marriage.  On June 25, 1950 she was united in marriage to Dwight F. Rawson.  The couple farmed north of Moville for many years, retiring in 1983.  They enjoyed traveling and spent 19 winters in Arizona.  Dwight died in 2005.

She was a member of the United Methodist Church of Moville where she belonged to the UMW.

Survivors include her daughter, Joy (Tim) Kulow of Florida and their daughter, Emily (Michael) Gruendler and her children, Katie and Logan of Pittsburgh, PA. She is also survived by daughter, Jana (Kalvin) Martens of Moville, IA and their children, Toby (Shona) Martens and his children, Leela, Bodhi, Avi and Roman of Solon, IA; Molly (Scott) De Boer and her children Miles, Landon, Rhett and Ella of Lincoln, NE; and Kyle Martens (Shannon Smith) of Lincoln, NE. She also leaves five special nieces and nephews.

Preceding her in death were her husband; parents and one brother, Loren McCannon.

Video is available for this event 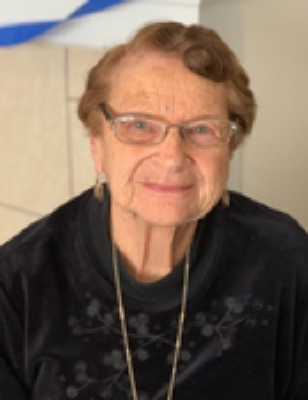